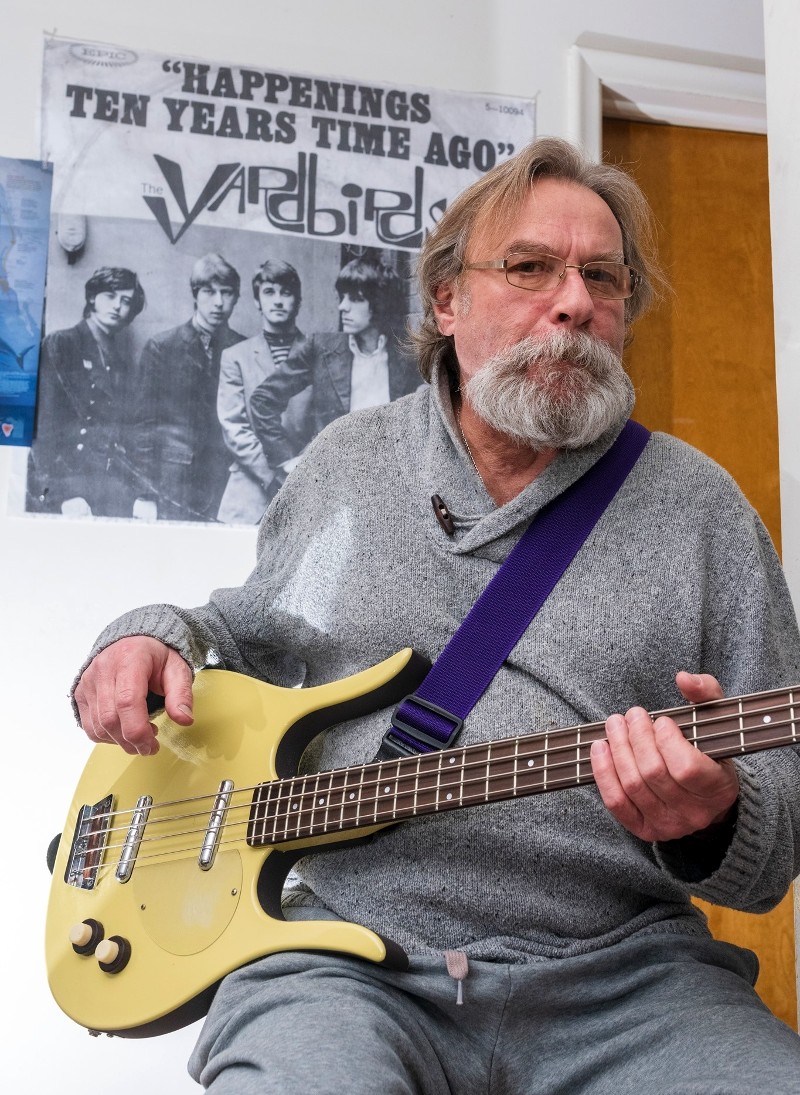 Ann Arbor bassist Kim French passed away from heart failure on January 13, 2022, according to an obituary in Marquette's Mining Journal newspaper. French was a native of Marquette before moving to Ann Arbor in 1970.

In 1969, French was a co-founder of the psych-folk-jazz band Walrus, whose members started playing together in The Mike Koda Corp., a band featuring future Brownsville Station and solo star "Cub" Koda. Walrus later featured another Marquette musician named Randy Tessier, who moved with the band to Ann Arbor in 1972. While French's Marquette buddies had joined him in Washtenaw County, he didn't rejoin Walrus, which ended up making some studio recordings in 1973 and 1973 that would go unreleased until 2019. ["After 45 years, dreams do come true: Marquette native 70s band Walrus releases first album," The Mining Journal, January 27, 2020]

But French and Tessier did reconnect in Ann Arbor, and the two played together in numerous projects over the years, including in a reformed Walus, as mainstays in the longtime Ann Arbor party band FUBAR, and on Tessier's solo recordings, most recently the 2019 EP Sugar Town.

Tessier is leading a tribute concert to French on Friday, May 27, at LIVE Ann Arbor featuring FUBAR, The Vibratrons, and The Rhythm Machines Project. LIVE was essentially FUBAR's home stage, so it's a fitting place for a French memorial.

I’m so thankful for the times I got to spend w/Kim French on the bandstand w/fubar, hanging out at set breaks and up north at the lumberjack and just in passing around town.  What a warm hearted, funny, kind and good natured person, an understated, talented and deep bass player and musician.  I will miss him and my heart goes out to Randy Tessier and all of Kim’s friends and family.

Walrus vocalist and guitarist Mike McKelvy wrote a post about the band's history on the group's Facebook page, filling in the blanks about the many lineup changes as well as some info on French's history with the group. An April 2009 blogpost on Rock 'n' Roll Graffiti also tells the tale of Walrus, but with some fuzzier recollections on dates and facts. A January 2021 blog post about Walrus on the website for Ontonagon community radio station WOAS-FM also fills in some details on French's connection to the band and Marquette. An Upper Michigan TV station also did a brief report on Walrus' music finally coming out.