Muse Over: Emma McDermott finds inspiration from relationships on “She Likes to Fly” album 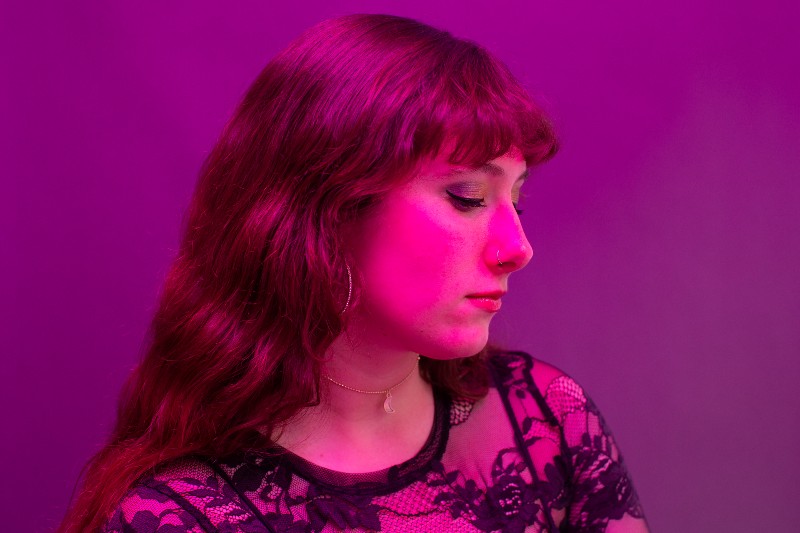 Emma McDermott chronicles an emotive journey of self-discovery on She Likes to Fly. Photo by Jen Geer Photography.

For Emma McDermott, people from her past and present provide the ultimate creative inspiration.

“I write a lot of my lyrics from my heart … not necessarily as journal entries, but if I’m feeling a certain feeling, and I’m able to put music to it, then it’s almost like being in a musical,” said McDermott, who hails from Ann Arbor and studies commercial voice at Belmont University.

“I do like to write about what I’m feeling, the times that I’ve had, and the people who have come and gone in my life. I write people as muses a little bit, so if I had a relationship in high school, and then I was just reflecting on it during my sophomore year of college, then that’s what fuels the lyrics and fuels the feeling.”

Throughout She Likes to Fly, McDermott chronicles an emotive journey of self-discovery that grooves and glides through life and love. Alongside intimate lyrics, magnetic synth-based instrumentation, and infectious dance-pop hooks, she provides captivating tales that instantly resonate with listeners.

“That’s sort of how it came together, just on its own,” McDermott said. “The songs were written over a span of like two or three years, so it wasn’t like I sat down and said, ‘Oh, I’m gonna write this album about this subject matter.’ It was kind of like a conglomerate sort of entity, and all those songs found their way toward each other to be on the album.”

McDermott’s soaring quest begins with the turbocharged title track as a firestorm of synths and electronic percussion take flight.

Inside her danceable authenticity anthem, she sings, “When she hits the floor / She always wants more/And tends to make a mess / She’ll take your heart and hold it in your hands / Till you have nothing left.”

“If you feel like you need an anthem for that day, I feel like that’s how that song came to fruition,” McDermott said. “And it actually came out of a little bit of a tough time … it was like angsty feelings at first, and then it was like, ‘No, this is gonna be more free and bubbly,’ because that’s who I am.”

After her initial takeoff, McDermott encounters romantic turbulence on “If You Need To” as spellbinding synths and hyperactive electronic percussion provide a welcome adrenaline rush.

She sings, “When you speak, I don’t even listen / My hands shake, my fingers on your skin / You light a fire in my blood, do you even know?”

“I wrote that one sophomore year during my time at Columbia [College],” said McDermott, who previously attended the Chicago school. “That came from me … knowing that this other person is a bit toxic, but they’re so tempting that you don’t care how it ends up. You’re just gonna follow the feeling.”

McDermott also captures that carefree She Likes to Fly feeling in the Ann Arbor-centric video for “If You Need To.” Filmed by Charlie Steen and directed by McDermott’s mother, Kelly McDermott, it features the singer strolling through local parks, railroad tracks, and downtown streets during late summer.

“There’s always been this little part of me that has wanted to do acting, so I kind of feel like I got to unleash that,” she said. “It was really fun changing outfits, driving to different areas of filming, and having people be like, ‘Oh, what are they doing?’”

Next, McDermott’s local journey shifts to the netherworld on the cinematic “Waltz” as eerie piano, foreboding synth, intermittent electronic percussion, and placid strings sway to and fro.

While entering dark territory, she sings, “I will put you to sleep with the loveliest sound / I’ll see you in a dream / Cause we’re both crashing down.”

“It’s about three different things: it’s about somebody that I have in my life, it’s about the former president, and it’s about the pandemic. It’s also about this anger I had during that time,” McDermott said.

“I imagined political people being at a hotel bar somewhere really fancy, and it was me being kinda like a siren saying, ‘I’m gonna say all these nice things about you, but then actually I’m gonna drag you down in the end … like a demise.’”

To chronicle those dark and light She Likes to Fly moments, McDermott collaborated with producer Brian Brill at Chelsea’s Attic Studio. The duo recorded five tracks before the pandemic and finished the remaining tracks through socially distanced studio sessions the following fall.

“As COVID started getting a little bit better, we would spend more time in the studio,” she said. “It was a lot of him coming up with ideas on his own and then sending them to me. Every single time I went in after I had sent him a demo, we would build the track together from the start.”

McDermott also worked with producer Hank McMillin on “If You Need To,” which evolved from a soulful, jazzy track to the powerful Euro-pop version on the album. She initially recorded the track with the synth-pop group Sleep for Dinner while attending Columbia College.

“Hank is very much into that Euro-pop, uber-dance music, and he loves anything with heavy synths,” McDermott said. “It went from that Sleep for Dinner recording … and then I worked with Brian [Brill] a little bit to try to get the tempo up and make it feel more like a dance tune. Then, I thought Hank would be good at remixing it.”

Outside of working with her producers, McDermott features delectable duets with Berkley, California singer-songwriter Asher Witkin on the passionate ballad “Lips Turn Blue” and Ann Arbor singer-songwriter David Magumba on the electro-touched a cappella track “City of Angels.”

“It’s really easy to collaborate with [Asher], and we just speak the same language. Our songwriting process is so similar that we can just sit down and write a song right there,” said McDermott, who’s inspired by Maroon 5, Coldplay, and Lady Gaga.

“For ‘City of Angels,’ I was trying to find the right person who has this belty, powerful voice. David sometimes sings at my grandma’s church in downtown Ann Arbor, and my mom was like, ‘Why don’t you see if David is the right fit?’ He sent me 10 or 20 vocal takes, and it was definitely what I wanted.”

Long before her duets, McDermott discovered her love of music while growing up in Ann Arbor. Raised in a musical family, she started singing arias at age two, playing violin at age three, and learning flute at age 10.

By age 13, she wrote her first song at a music camp and sought creative inspiration from the surrounding woods. With only a notebook and a pencil, McDermott quickly penned the first verse and chorus of a new track.

“I did ‘Echo’ my freshman year of high school, and Rob [Crozier] actually produced that in our attic. He had this little mixing board, and I remember my mom had to play the piano for it because I didn’t know how to really play yet. It was like a family experience,” McDermott said.

“I feel like I went in a super pop vein, and that’s where my heart is, and that’s what I listen to. I’ve worked with Brian [Brill] on all my music, except for ‘Echo.’”

With several releases under her belt, McDermott is already working on her follow-up release to She Likes to Fly. McDermott’s mother has commissioned her to write an EP, which will allow her to explore her songwriting abilities and expand her sound.

“Do I want to go more synth-oriented, or do I want to have an indie sound using more live instruments?” she said. “I’m gonna really spend my time listening to playlists and seeing what the modern sounds are as of right now.”