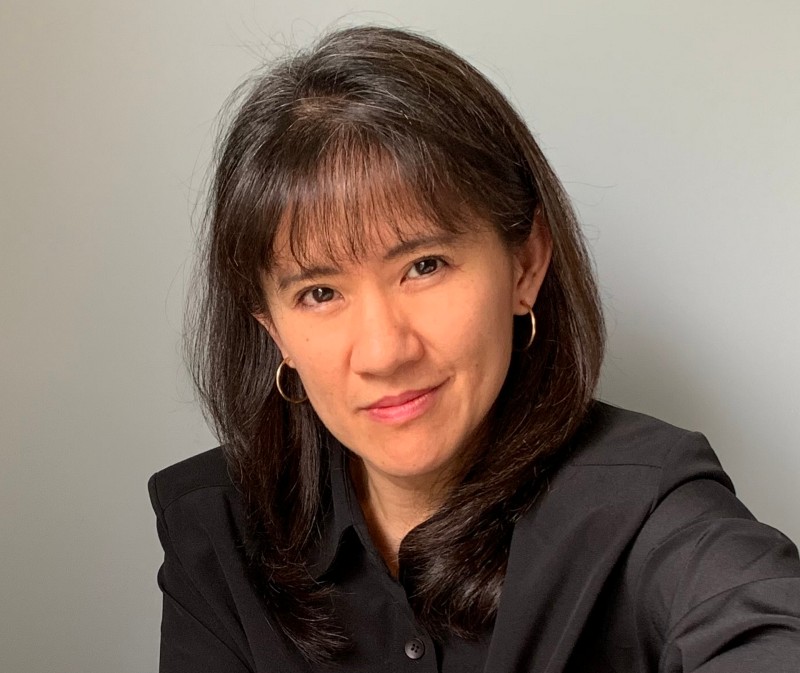 Lin recorded her albums, which combine classical and new age elements, at home and released them herself online. She's also made a few videos for the songs, and her website offers sheet music for the albums, which will be helpful to her students and anyone else who wants to play her melodic, meditative music. Lin cites the contemporary piano sounds of Jef Martens—"His music just speaks to me and grabs me so much"—and mentions Alexis Ffrench, Ludovico Einaudi, and Yiruma as modern-day listening favorites, but she's well-steeped in all the classical greats, too.

While Lin plays live sometimes—her website shows performances at the ​2019 PianoTexas International Festival & Academy and the 2011 Ninth Taiwanese Music Festival Honors Concert—adding some dates here in Michigan once the pandemic is over would be ideal.

"If enough people are interested in listening to my music live, I'd love to perform in a live concert," she said.

Perhaps the next time pianist George Winston, a mainstay at The Ark, comes to town, Lin could be the opener. She has the chops and her uplifting music evokes a similar soothing sensation as Winston's.

Until then, listeners can enjoy Lin's albums, which we discussed below.

Q: I read that you moved to the U.S. at age 14 under the guardianship of your great-uncle and great-aunt. What instigated the move and where did you move to? And did your parents eventually follow? I saw you mention them in the video about Transforming where you explain your song "Hardship."
A: What instigated my move to the US at age 14 was the deterioration of my mental health. Externally I appeared to be an impressive student, but internally I was falling apart from a tremendous amount of academic pressure. My mother realized that the only way she could save me was to remove me from my environment. She took my brother and me to the U.S. in the summer of 1983 and asked us whether we would choose to stay with her uncle and aunt in Massachusetts if they were willing to be my guardians. I said yes. My parents remained in Taiwan to work until my mom found a job in the U.S. through her generous friend about 5 years after my move. My dad eventually followed after his retirement.

Q: What made you decide to leave your postdoctoral fellow position to pursue a master's degree in piano performance?
A: Even though I have a doctorate in psychology, music has always been my core more than psychology. I initially didn't have the courage to study music because it is commonly known that making a living in music is difficult. When I married my husband shortly after graduating with the doctorate, the financial risk of studying music became less of a concern because my husband became my patron. He knew I was either going to be a psychologist or a pianist when we dated. Once I started my postdoc position, I lost a lot of drive to continue on a path that never felt quite fit me. After I took several private piano lessons with a faculty member at U-M and visited some music classes, I made the agonizing decision to quit my postdoc to prepare for a master's degree in piano performance and pedagogy. This way, I could have the credential to teach piano in town to earn some income. Luckily, my audition to U-M's piano program went fairly well. The faculty recruited me into the piano performance program and offered me a full scholarship.

Q: How much does your knowledge of psychology influence your music? And does it influence your listening habits, too?
A: I don't think my knowledge of psychology consciously influences the process of composing my individual pieces. It can however influence the themes of the albums and the titles of the music, which, in turn, influence the mood of the music. For example, I deliberately wanted the album Transforming to be about various experiences in personal growth. In some cases, I found some recordings of my improvisations in my hard drive that capture the mood of these experiences, and I further refined the compositions. For others, I composed something new to match the mood of, say, "Wisdom," which usually is the fruit of personal growth. Most of the time, I simply compose due to a need to create, without consciously thinking about any psychological principle or theory. As far as my listening habits, it is more about my awareness of what my soul needs, rather than my knowledge of psychology per se, that influences the genre I listen to.

Q: I watched the video where you discuss the Transforming mini-album and I was so struck by how earnest you are about your music having a transformative effect on people. Is this something you've seen first-hand, either with your students or during your time working in psychology? Or something you've heard about later?
A: I wanted to combine my knowledge of psychology and music in the first album, and one way to do this is to offer support or companionship to people when they go through a challenging time. Whether my music actually has a transformative effect, I really don't know! Listeners who contacted me to say they like Transforming never said specifically how the album changed their outlook in life or improved their well-being. A couple of them said they like listening to Transforming before bed. A few specifically said their favorite piece from the album is "Insomnia" because it is so relaxing. One of them actually fell asleep after listening to it. Even though it's not my intention for "Insomnia" to serve as a lullaby, I'm just happy that some listeners like it enough to tell me about it!

I have, however, felt firsthand how my performance of classical music, not my own music, had a transformative effect on people in my undergraduate years. These experiences gave me the confidence to pursue a piano performance degree and to believe in myself that I have the genes to perform well.

Q: Love Endures has six originals, plus an additional arrangement of one of those songs, and two classical pieces. Tell us why you chose the classical pieces and why they fit with the rest of the album.
A: Because Beethoven had his 250th birthday in December 2020, I wanted to record a piece by him. I chose the second movement of the Pathetique sonata because its melody is lyrical and slow, similar to many pieces in the album. Grenados' Spanish Dance Op. 5 No. 2 has the feeling of beauty in the midst of personal hardships and sorrows. Because Love Endures is dedicated to people with disabilities, I am hoping this piece can inspire or at least remind them to seek beauty in the midst of suffering.

You can stream or purchase Emilie Lin's "Transforming" and "Love Endures" albums on a variety of platforms.