Each decade of Socrates’ tale is represented as an -ism and portrayed not simply as a unit of time but as a distinct locality. Hence, we see our human protagonist, Anfisa Brazaluk, move from the bucolic pleasures of the village of socialism to the centrally planned cement town of communism, and on through the fields of capitalism before finally settling in the otherworldly town of tourism. Along the way, the bonds between people and horses progressively fray to the point of tearing asunder, culminating in a stark, fatal winter with bleak consequences for community members of both species. It is in the aftermath of this pain and darkness that Anfisa hatches a plan to make her Kamchatkan hometown a destination for tourists eager to experience the very same bucolic pleasures everyone had left behind decades before.

Through a combination of traditional interviews, political speeches, home movies, and artful reenactments, all sewn together by Socrates’ probing narration, filmmaker Irina Patkanian (who will in attendance at this screening) delivers a compelling and compassionate inquiry into the consequences of entrusting ourselves to the care of others. By telling the story in Socrates’ voice, Patkanian engages human life on animal terms, reminding us how little separates these two worlds.

Although much of the film is viewed through the thin gauze of history, it steps closer to the keen edge of current events in its concluding moments as it documents the local Kamchatkan reaction to Putin’s return to the office of President of Russia in 2012. This brief window into contemporary Russian politics is made all the more potent by the clip that precedes it, a haunting allegorical yarn about breaking the spirits of wild stallions. This is, after all, the story of a horse, albeit one given to clear-eyed philosophical musings. March 22, 7:30 pm | Michigan Theater Screening Room

A Prerequisite for Rebellion
Political | Shorts Program | Black Diaspora
A Prerequisite for Rebellion is a cycle of seven short films (including the above's The Vacuum Is Too Loud) curated by Detroit-based cultural producer and AFROTOPIA founder Ingrid LaFleur that frames the physical and emotional trauma the black body is subjugated to in colonized space. This constellation of films explores the manifestations of this trauma as well as efforts to engage in the disruption and systematic deconstruction of white supremacy. March 24, 9:15 pm "> Michigan Theater Screening Room

ACTS & INTERMISSIONS
Political | Features in Competition
A new feature documentary by Abigail Child, ACTS & INTERMISSIONS uses the life, writings and ideas of anarchist, lecturer, and revolutionary Emma Goldman to anchor an investigation into the tensions between personal freedom and risk, labor and ownership, dogmatism and compromise. Deftly and freely weaving together footage and audio from Goldman’s life with historical as well as contemporary images, this film brings the questions that drove her work and advocacy to bear on our own fraught cultural moment. March 25, 12:30 pm | Michigan Theater Screening Room 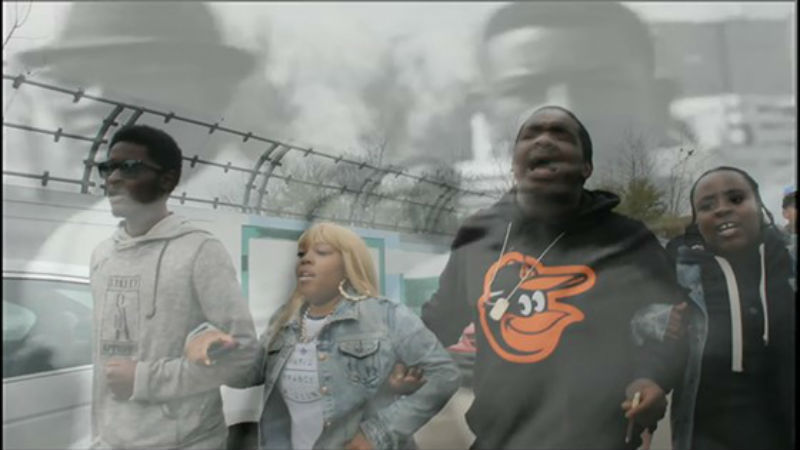 America for Americans
Political | Films in Competition 9 | Black Diaspora | World Premiere
This film collage by Blair McClendon pulls together found footage of the grief, pain, joy, resistance and injustice that permeate contemporary Black life on the precipice, drawing on the voices of artists, victims and bystanders alike in the process. As the AAFF description asserts, “It is the presentation of a siege.” March 25, 12:45 pm | Michigan Theater Main Auditorium

Nicco Pandolfi is an Ann Arbor-based freelance writer and a Public Library Associate at AADL.

➥ Return to "AAFF 2017" A Guide to the 55th Ann Arbor Film Festival" for a full list of our coverage.