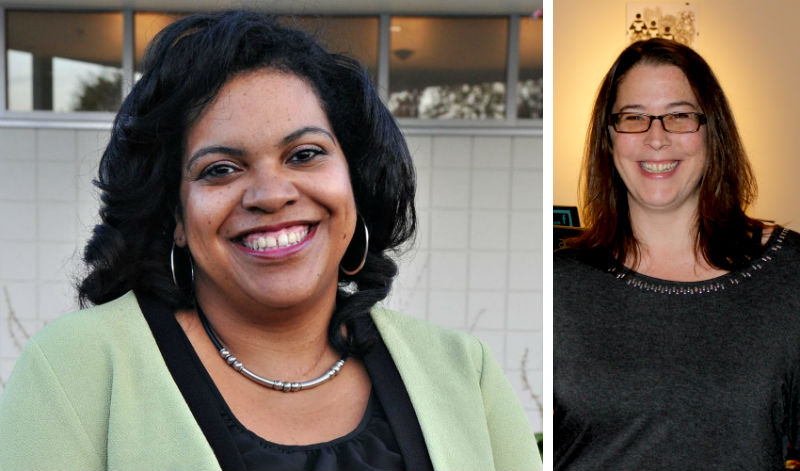 There are those who believe the poets will save us all, and those people are probably correct. Lucky for us locals, there are several places around town that feature live poetry readings including the independently owned and operated bookstore Bookbound on the north side of Ann Arbor.

“There are many poets who write it because they love it and not because it’s their 'career,'" McGraw says. "Poets who have self-published or published with independent presses may not get that big 'book launch' feeling and all of them should still have the chance to market their work. One of the best ways to do this is for readers to meet the person, hear them reading their creations.”

Generally, the first half hour is devoted to an open mic followed by the featured poet; other events are entirely open mic. “Open mic is not just about sharing your own original work," McGraw says, "because sometimes there is a gap between when you write the poem and when you are ready to share it with others. We encourage attendees to read a poem by someone else if that is what they care to do.” There can be themes for open mic such as when Prince died, and “our theme was purple, passion, and power.”

Before the store even opened, McGraw reached out to owners Peter and Megan Blackshear, and the Open Mic & Share Poetry Series is kicking off its fifth year. While every event is special, McGraw and Megan Blackshear shared some of the memorable poets who have been in attendance, such as the double feature of Ed Morin and Eric Torgenson, Michigan poets who have published numerous books. Then there was the time when poet and publisher Heather Buchanan and musician Tracy Kash shared their project, The Remembrance Project, part of which is a book of original and historical poetry, song lyrics, and prose based on the lives of the first black troops to go over to France to fight in World War One. “It was incredible," Blackshear says. "We heard ragtime music that had been ruined but pieced back together by the folks working on the project.”

Blackshear says that one very cool aspect of the ongoing series is the connections that are sometimes made. For example, she says, “Our first featured poet was Angela Narciso Torres. Her book, Blood Orange, went on to win the grand prize for poetry in the Willow Books Literature Awards ... and Willow Books is the poetry imprint of Heather Buchanan’s press, Aquarius Press.”

Last fall RHINO Poetry, an award-winning literary journal based in Chicago, celebrated its 40th anniversary by doing a “40 readings in 40 cities” event including a stop at Bookbound. “Seven or eight local poets have been published by them," Blackshear says, "and three of those poets have been featured in our series and Angela is now on the board of RHINO so all of this connects almost magically.”

McGraw says part of her job as a curator is to “make the right conditions for magic to happen, to get those completely unscripted moments, such as doing live interviews with Heather Buchanan and Tracy Kash or taking an unscheduled moment of silence.”

September’s event will feature McGraw’s work from her new work in progress and will celebrate the third anniversary of her book, Emergencies of the Heart. McGraw says, “Poetry can be seen as highbrow ... but I wanted a place where everyone could come and be comfortable and just be themselves, regardless of what types of poetry they enjoy.”

The fifth season kickoff of Open Mic & Share is Thursday, September 14 at 7 pm at Bookbound, 1729 Plymouth Rd., Ann Arbor. The series runs every second Thursday except in August and January. Visit bookboundbookstore.com for more info.