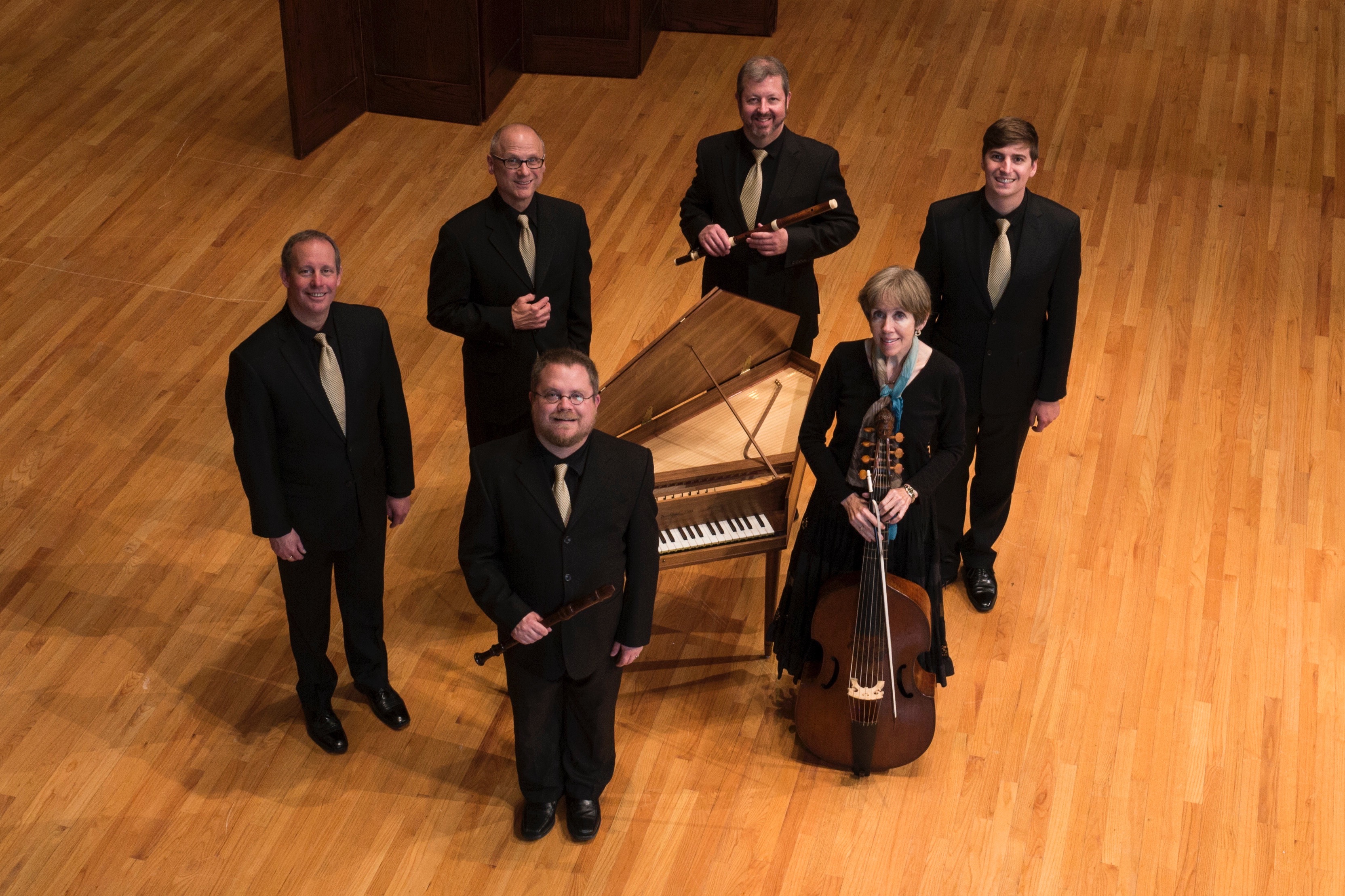 Five hundred years ago a theological revolution was heralded in by the ping of hammer on nails. When Luther left his theses pinned to the church door at Wittenberg that day in 1517 he didn’t intend to start a schism or to tear asunder the heart of the Catholic Church. But with the posting of his grievances, Luther set into motion a series of events that would forever alter the history of the world, and in so doing, would change the course of all that his movement touched. Swept up in the wave of Reformation was the art of the age, which warped in such a way that new worlds were born -- and now, echoing down the halls of history, the music of that era of transmutation arrives in Ann Arbor.

“Probably the most important change that the Reformation brought us was that music started to be sung in the vernacular,” said Steven Rickards, founder and countertenor of the early music ensemble Echoing Air. “The music of the language is going to affect how the text is set.”

Echoing Air, which will be performing a program of music from the German Reformation at St. Andrew's Episcopal Church at 8 pm on Saturday, September 16, was founded by Rickards in 2009 with the purpose of advocating for music that features the pairing of two countertenor voices, two recorders, and basso continuo.

Originally specializing in music of the English baroque (and taking their name from a phrase in a famous song by Henry Purcell), Echoing Air today performs music from all across the European continent, music from the Gaelic traditions of Scotland and Ireland, and contemporary music from this and the last century.

“One gets to a point in one’s life when one feels like one has something to say in a different way,” Rickards said of his decision to start the group. After a career involving opera, oratorio, contemporary countertenor repertoire (on which Rickards is perhaps the foremost expert), the vocalist decided to dedicate his energy to a style that was key to his musical development but less well-known than many others.

Rickards first discovered that he was a countertenor while studying for his undergraduate degree at Indiana University, after a discussion with his voice teacher about the subject.

“He took me to the record library and introduced me to an entire world of music and style that I had never even thought of, but it was something that was completely captivating to me, and fit not only my voice but my spirit and my personality,” Rickards said. “And I realized that it was indeed what I was meant to do.”

This fascination with his own countertenor voice opened up the past to Rickards. In music before the classical era, the higher male register was far more prevalent than subsequently, and Rickards came to the realization that the voice type still had vast realms to explore in the modern day, a thought which later helped motivate the founding of Echoing Air.

“My idea was that the countertenor voice has a future and not just a past,” Rickards said. “It needs to be celebrated, and I thought that having an ensemble that features what this voice can do was a good thing. ... This voice is a living voice and not a dead voice.”

Fast-forwarding to the present, in celebration of the 500th anniversary of the advent of the Protestant Reformation, the ensemble will be presenting music by Schütz, Buxtehude, Rosenmüller, Becker, and Schein, some of the most prominent composers of the early German baroque. Throughout the program, the countertenor voice will feature prominently as the ensemble explores some of the changes wrought by the religious revolution on German music.

“Each age can affect another,” Rickards said. According to him, many of the elements that went on to become foundational to the Western classical tradition experienced their genesis during the era of the Reformation: “This is the music that would have influenced Bach and the things that he would have done, that he would have taken and turned into his own language ... the repetition, the sequence, all of these sorts of things that you hear in Schütz and Schein.”

“It’s certainly a big departure from what you would call polyphony," Rickards said. "It speaks to a sort of fervent nature, and is more than just artifice. You hear the thought of what the composer is trying to do.”

At its heart, most music is about making people feel what another person feels, and Rickards believes that it’s in this light that the music of the Reformation (and all early music) should be viewed.

“The core emotional aspect is what we want to put across ... in every period that we explore what we’re trying to do is define what that core is for that time,” Rickards said. “It’s a small glimpse into what that worldview can be. And this is what makes historical performance relevant. ... It’s a connection to the past.”

Dayton Hare is the Senior Arts Editor at The Michigan Daily and is working on his BM in music composition and BA in honors English.