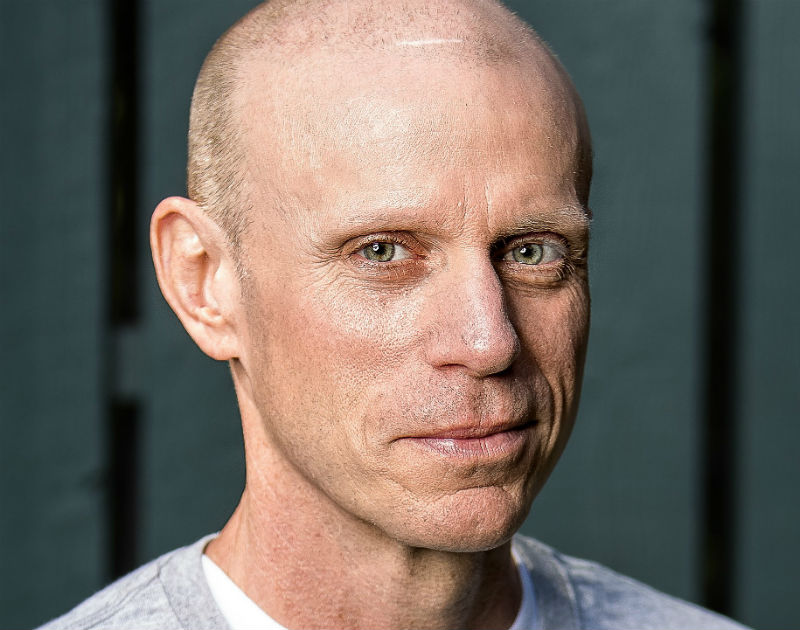 “Resist” is not only a rallying cry of our political times; it was the seed of Ann Arbor-based playwright David Wells (“Irrational,” “Brill”) latest world premiere play at Theatre Nova.

Resisting, which runs Oct. 27-Nov. 19, grew out of a news story Wells read about what’s called “broken windows policing.” Born in New York City in the ‘90s, “It’s essentially a zero-tolerance approach, that was combined with ‘stop and frisk,’” said Wells. “(Broken Windows) started with a scholarly paper that suggested that ... if one window in a building is broken, and it’s not fixed immediately, all of them will be broken. ... So the police were compelled to start ticketing or arresting people for every little infraction, no matter how small -- whether it’s jumping a turnstile, or jaywalking, or spitting in public. This led to a more antagonistic relationship between the police and the citizens they were supposed to serve. And these policies also only seemed to be applied in low-income neighborhoods.”

The article Wells read tracked the legacy of these policies, including a 2012 Baltimore incident involving Makia Smith who got stuck in traffic while coming home from a doctor’s appointment. When she saw police beating a young black man, she started filming the incident with her phone (which is legal). One of the officers involved grabbed it from her and smashed it, and she was charged with various offenses (resisting arrest, obstructing an officer, etc.).

“I used that story as the play’s jumping off point,” said Wells. “So much of what I was learning about was how much systemic racism there is in our justice system. And I thought, if I don’t know much about this, than most other people don’t, either.”

Resisting begins with this police incident “and then we take off from there,” said Wells. “Then it’s this woman’s journey from, just minutes before, living her life and minding her own business to going down the rabbit hole of the American justice system.”

Of course, as a storyteller, Wells built some of Resisting around facts he could research, but he also added fictional characters and situations in order to explore issues in a more personal way. For instance, one fictional character in Wells’ play -- a white, young, idealistic public defender -- develops a friendship with Tamika.

“I talked to a woman who does this kind of work in Baltimore, and she told me she may have 500 cases in six months’ time,” said Wells. “It’s triage. She told me she never has time to do research for a case, so even though she went into the job with the best intentions, it’s ground her down. But she could leave that job if she really wanted to. She has choices. ... (Tamika) doesn’t. And that’s part of the story I’m telling, too.”

Indeed, the choice Tamika does face is of the Hobson’s variety: she can take a plea, admitting to something she didn’t do in order to return to her life; or she can stand up for her innocence and take a risk by fighting the charges.

But how does a self-proclaimed “middle-aged white guy” like Wells end up being the person to write a play on this topic?

“That was absolutely a concern,” said Wells. “Writing a play takes a huge investment of time and emotion, and I didn’t even want to start the project if it was going to be derailed for those reasons. So I was very cognizant of that issue from the start.”

“I said, ‘Tell me everything I got wrong,’” said Wells. “But the feedback I got was, one, you didn’t get anything wrong except, two, you need to take it further.’ ... So I was totally aware of walking into a legitimate hornet’s nest, and possibly inviting all kinds of criticism that would be warranted.”

Yet Wells persisted -- thereby Resisting in his own way.