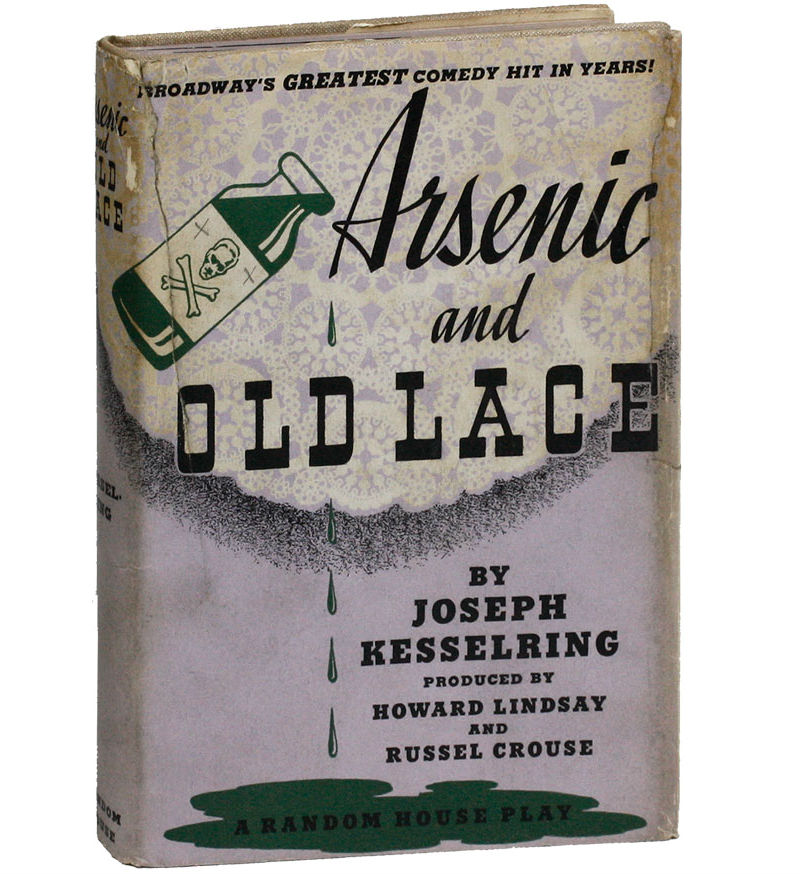 The first trade edition of Arsenic and Old Lace was published by Random House in 1941.

“I was Adam Hoskins, the dead man in the window seat,” Duncan said.

Welcome to the Brewster family home in Brooklyn, where writer Mortimer Brewster wants to marry the girl next door. Problem is, he’s just learned that his sweet old spinster aunts have been murdering lonely old men with poison-laced elderberry wine; plus, his delusional uncle, who believes he’s Theodore Roosevelt, has been providing graves by digging locks for the Panama Canal in the house’s cellar.

“The script was originally written as a drama, based on the serial killer Amy Archer-Gilligan, until Kesselring was advised that it may be more successful as a comedy,” Duncan explained. “I think that twisted and macabre things presented lightheartedly tend to be some of the most effective and well-loved stories. People are attracted to grim themes, but not everyone wants to engage with them for casual entertainment. And people love to laugh, but not everyone clicks with a low-stakes story. Things like this strike a balance in the middle.”

Plus, it seems a perfect fit for this time of year, with Halloween, and all its macabre trappings, just around the corner.

The play originally debuted in 1939, and it was Kesselring's biggest success; even so, most of us were introduced to Arsenic and Old Lace via the beloved 1944 Frank Capra film starring Cary Grant and Boris Karloff -- who played a menacing second brother who, thanks to some hackneyed plastic surgery, looks like … wait for it … Boris Karloff.

How does a re-staging of Arsenic work around these strong audience associations?

“I think it’s important to let actors bring their personality to the roles and not imitate someone else,” said Duncan. “The script and style will hopefully bring the nostalgic flavor, while the actors and designers/direction bring something new to it.”

That’s not the show’s only challenge, though.

“The show is prop-heavy, with a large set, and a lot of characters,” Duncan said. “There are a lot of moving parts, which makes it a big endeavor from the start.”

Such is the nature of farce, of course. But you don’t have to organize it. You just get to sit back and enjoy it.

And avoid any and all offers of elderberry wine.