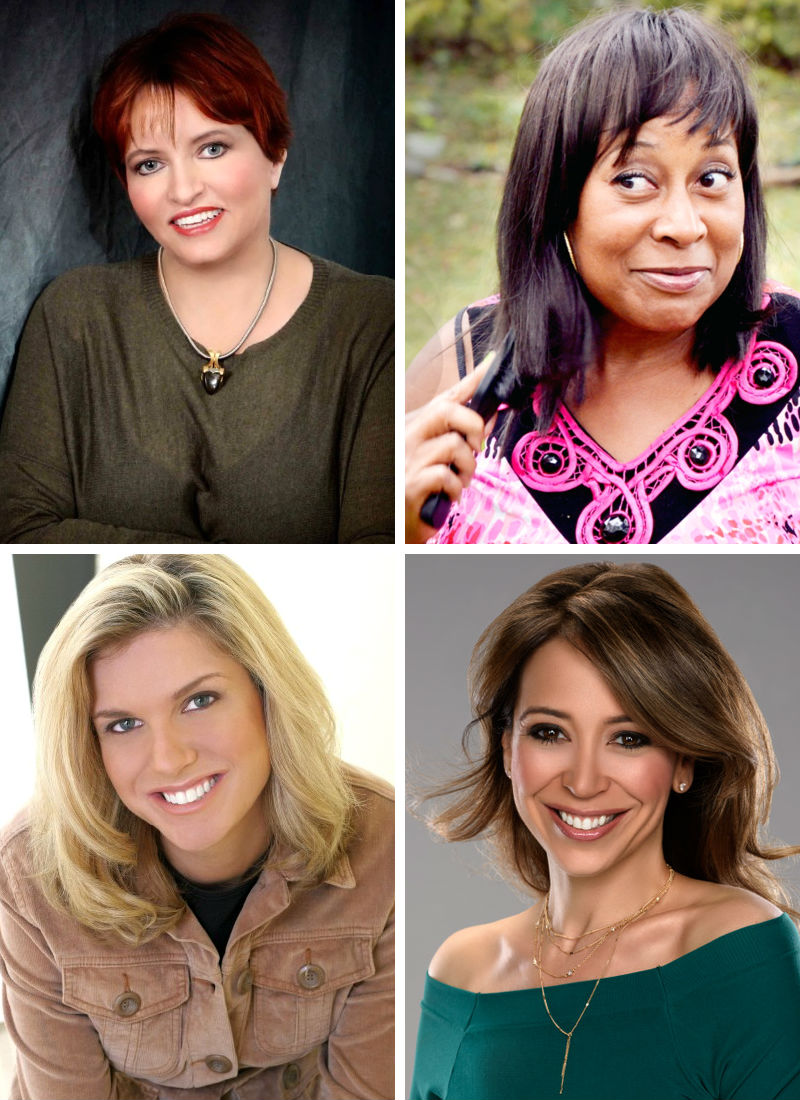 John Belushi said it. Christopher Hitchens also said it. Jerry Lewis said it, too. They all said the thing that they likely would have never said about any other group: women aren’t funny.

If you need proof that women are funny -- and you shouldn’t, but in case you do -- come out to Ladies Laugh Night at the Ann Arbor Comedy Showcase on Thursday, April 11. The show features an all-woman lineup of Brandi Alexander, Nicole Majdali, Kate Brindle, and Connie Ettinger.

Comedy Showcase owner Claudia Neeb includes more female comedians in the club’s lineup because “we believe in seeking out diverse types of comedians, including women. As a club, we try to ‘grow’ comedians by encouraging them to work on and strengthen their talent and then move onto the next level.”

Comedian and host of the show Brandi Alexander agrees with the club’s welcoming nature. “Claudia and [partner] Roger [Feeny] have created a wonderful space that we are so blessed to have. They bring in a wide range of comedians, showing support to us in so many ways!”

Alexander went into comedy after working in the field of education. “The reality [of education] hit me like a ton of bricks. Seeing the results of politics and discrimination and how it hurt kids was heartbreaking for me. I had to step away and find spaces where things were more just. In that respect, comedy has been a lifesaver for me. ... Comedy has been a form of therapy for me.”

Majdali also credits comedy with being a life-changing experience. “I never imagined I could perform stand up -- I first tried it out of fear! Early on I realized that it consumed my mind and I thought of quitting but then I realized that it was helping me in so many ways. Just like the movie [Majdali’s award-winning biographical film, Pretty Funny Nicole] was terrifying, it also helped me. I make it a point to heal through jokes … poke fun at monsters in real life. I try to connect with women and men through comedy hoping to help others realize that we all have similar fears and peeves.”

Even with more female comics on the scene than ever before, it still can be difficult for women, Alexander says: “Comedy can be more difficult for women because of the late night traveling, leaving children at home, owners not booking women for various reasons.”

Headliner Connie Ettinger also speaks of discrimination in the field. Ettinger transitioned into comedy after being a litigator at a major downtown Detroit law firm. “While performing standup has been a critical part of my recovery from an almost debilitating depression, I soon realized that I was one of very few females in the business," she says. "‘The boys’ would bond naturally over drinks and strip clubs and inside jokes about my cup size; meantime, I was systematically excluded from the core of the business solely by virtue of my gender, something I had never experienced before.”

Ettinger says that she nearly quit a couple of times but always decided to stay “because I knew it would just make some people too darn happy if I left the game. Fortunately, there were a few men and women in the business who realized that funny is funny regardless of gender. They took a chance of hiring me which allowed me to gain a foothold that I have never relinquished.”

Ettinger says it never ceases to amaze her how many times she has been sexually harassed by fellow male club owners, many of whom have seen their clubs close or suffer financially. “Women comprise roughly half of the audience and they notice when they are not being represented,” she says. As for the male comedians who sexually harassed her, “Comics have fragile egos so laughing hysterically in the face of the offending party proved quite effective at deflating their expectations," Ettinger says. "Pun so intended, by the way.”

Neeb adds that any bias she has experienced in booking women “is not because they are not funny but that some men seem to be afraid that women will be men bashers who just talk about their periods and that just isn’t the case. And some women may shy away from the field. We seek women comedians with diverse content that appeals to many audience types.”

Ettinger agrees. “There are a few clubs like the Comedy Showcase," she says, "where women are truly given opportunities based on merit and that is why it will always be the place that I consider my home club. I feel truly nurtured and appreciated. I feel confident that they will continue to prosper because of their deep respect for diversity in the audience as well as the talent.”

Majdali adds, “Thanks to Roger and Claudia, I have grown and learned so much! Ann Arbor Comedy Showcase gave me an amazing opportunity to stretch myself … opening their club for my film, encouraging new material and trying new things. It will always be a fun, safe, and happy place for me. We are a family!”

So while there still may be too few women in comedy, there are places where they can thrive -- and be female, fierce and funny. “I love to show the many men in the field that women can kill on the stage," Alexander says, "and make them go back to the drawing board and get to writing because Brandi is coming in hot, baby!”