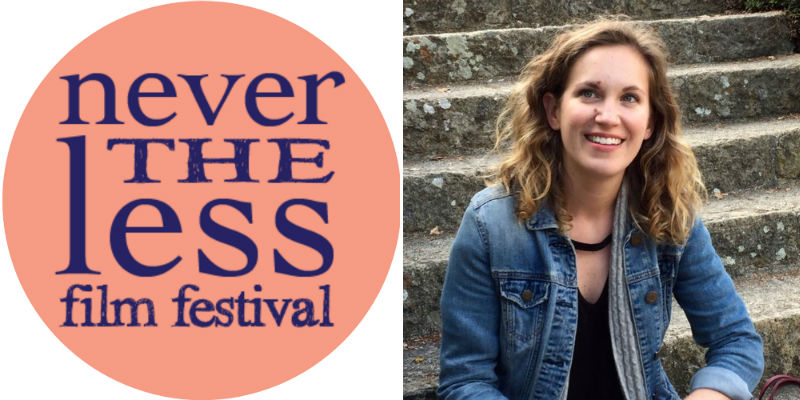 Meredith Finch, founder and director of the Nevertheless Film Festival.

The film industry does not celebrate women as it should.

Only five women have ever been nominated for an Academy Award for directing. Less than a quarter of the top 100 grossing films have sole female protagonists. And way too many movies still don’t pass the Bechdel test.

But as a balm for these grim figures, we have the Nevertheless Film Festival, which runs July 11-14 at the Michigan Theater and is named after the feminist rallying cry “nevertheless, she persisted."

“Statistics are widely available about the lack of representation in the entertainment industry,” says festival director and U-M grad Meredith Finch. “But what I think is even more important than talking about the disparity in opportunities between men and women in Hollywood is saying, 'Women are out here making incredible work all the time.'”

While “recent conversations about representation in the industry have been at an all-time high," Finch says, "I have my fair share of stories of being the only woman or underrepresented person on a film crew. To combat this lack of representation, film festivals around the world have announced their own initiatives to increase representation in their programming within the next few years, but what I found myself thinking a little over a year ago was, 'Why not now?'"

In order to qualify for inclusion in the festival, the film had to have at least 50% female-identifying filmmakers in leadership positions. The entire Nevertheless team is made up of women, most of whom Finch met through working in film or as an undergraduate at the University of Michigan.

The festival received hundreds of submissions putting to rest the fears of a fellow film fest professional who told Finch that “the world doesn’t need more festivals [and] you’ll maybe get 10 entries. ... Having all of those choices was incredible."

Finch's encouragement to all women in film is inspiring and contagious.

“If you have made a film, be it 30 seconds long or three hours long … you are a filmmaker," she says. "You are just as valid and important and capable as any ‘male filmmaker’ -- you might have to fight a little harder to get your work noticed if men are in charge -- and not always, of course, there are many wonderful male allies who want to see women succeed in this industry. But my advice is to seek out other women who you see doing what you want to be doing. Women have each other’s backs, now more than ever. Ask their advice, get to know them, and understand that there is no right or clear path to making it in filmmaking, and everyone’s story will be different -- just like yours.”

Nevertheless Film Festival will feature 26 movies -- narratives, documentaries, shorts -- with a wide range of themes and characters. Narrative films include a feature length movie called South Mountain, which tells the story of a rural artist/teacher who learns that her writer husband has begun a new family with another woman. This discovery leads the protagonist to anger, revenge, and ultimately a chance to rediscover herself. Feature length documentaries include Pipe Dreams, which offers a chance to peek into the competitive world of competition organ playing by following five young organists as they compete in Canada’s International Organ Competition, and We Are Not Princesses, which shows a personal side to the Syrian refugee crisis by following the daily lives of four women caught up in the calamity. Short films include Edgecomb, which examines how the cycle of trauma recycles and repeats itself in rural black communities, and Finding Shelter, a look at unaccompanied minors who are seeking asylum in the United States.

“I think a lot of change can be made through showing audiences the work women are making in a real, tangible way, rather than going back to the fact that only 4% of the top grossing movies of the last decade were directed by women," Finch says. "What we hope to do with a platform like Nevertheless is shine a spotlight on films being made by women. And that spotlight will hopefully make people in positions of power, both at independent production companies and big Hollywood studios, think twice about who they hire.”

The Nevertheless Film Festival happens from July 11-14 at the Michigan Theater. Showtimes and ticket information can be found at neverthelessfilmfestival.com.