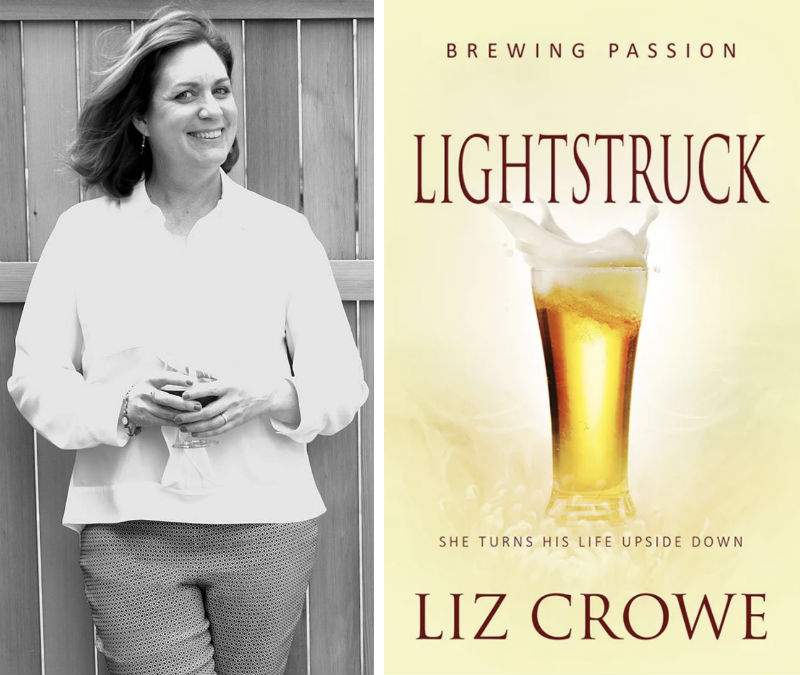 The news is often negative -- sad stories that offer little hope, let alone a happily-ever-after ending. Maybe that’s one of the reasons that one of the top-selling genres of fiction books is romance, thanks to devoted readers who can’t get enough of their favorite heroines and heroes falling in love. On Saturday, August 17, Ann Arborites have the chance to hear not one but four local romance authors read from their books at the Summer Lovin’ Romance Author Panel at Nicola's Books.

According to organizer Liz Crowe, the event came about when August 17 was declared Bookstore Romance Day, “a day that was set aside to honor independent bookstores who appreciate the romance genre.”

After she learned of the date, Crowe contacted Nicola’s, which “responded enthusiastically.” That led to meetings about creating an event to honor the day. Crowe reached out to M.K. Schiller, the president of the Greater Detroit chapter of Romance Writers of America. Through her, Crowe reached authors Dana Nussio, Elizabeth Heiter, and Beverly Jenkins. “It’s a diverse mix of authors,” Crowe says. “They write about everything from romantic suspense to addiction recovery to the post-Civil War South.”

Beverly Jenkins is a multiple award-winning USA Today bestselling author whose most recent book, Rebel, follows a Northern woman as she helps a newly freed community in New Orleans after the Civil War and falls in love with a military officer. Dana Nussio’s Shielded by the Lawman tells the story of a police officer who faces a dilemma as he helps a woman on the run from her abusive husband. In Elizabeth Heiter’s suspenseful novel K-9 Defense, a former marine and his faithful dog wind their way through the wilds of Alaska as they try to save a woman’s life. MK Schiller’s Unwanted Girl explores the relationship between two writers in Greenwich Village.

Ann Arborite Crowe will be reading from her book, Lightstruck, about a brewer finding a new life and new love in Colorado. Crowe is an award-winning author whose Bewing Passion series in beer-making joints. "I write books about romance and beer -- and not just about drinking beer," she says, "but also about making it. This series [Brewing Passion] features a fictional brewery located in Grand Rapids, so it’s very Michigan focused. I talk about how breweries deal with distributors, the brewing process, the selling of beer -- all of the nitty-gritty is right there in with the romantic parts.”

Crowe earned her bona fides as one of the founding owners of Wolverine State Brewing Company and is an experienced beer saleswoman. “I had the brewing parts vetted by current industry professionals to make sure that they are 100% legit,” she says. Before becoming a published author, Crowe sold real estate for over 20 years. This experience informed her first series, Stewart Realty, about a fictional firm located in Ann Arbor. When not writing romance books, Crowe writes a column about libations for the locally owned The Brick Magazine.

Crowe notes the difference between erotica and romance. “In the former, the sex is the story but, in the latter, sex is part of the story but not the story," she says. "There are other plot points involved. The romance genre deals with real-world problems such as jealousy in relationships, running a business, corporate takeovers, addiction, alcoholism. And even if things don’t work out for a character in one book, she might end up with her own book where she does get her happily ever after.”

In this vein, Crowe’s books have been described as “romance for real life.” Her most recent book, Firebrew, is a “#metoo story set in Detroit about a woman who becomes her own hero. I say it’s like cilantro: You will either love it or hate it!”

That's often the response people have toward the romance genre, but there's no denying its enduring popularity.

“Romance is the number one genre because it is uplifting and joyful," Crowe says. "People treat each other nicely and remind you that there is still love in the world, focusing on the positive. And right now, why not read something that makes you happy?”