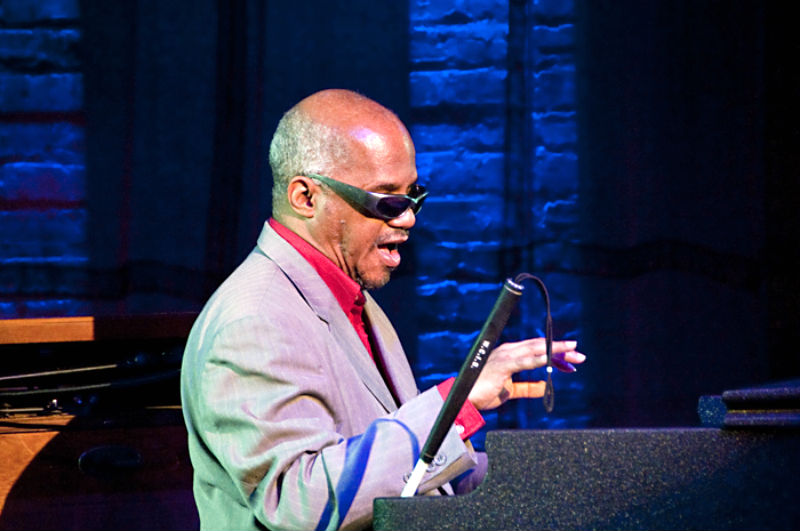 When you hear Hammond B3 player Chris Foreman glide across the keyboard, you can all but hear Chicago's Saint James AME Church congregation shouting behind him. As a performing member of Saint James for 40-plus years, Foreman's music is steeped in gospel and blues, with the added energy of smeary bop lines that evoke fellow organ greats Jimmy McGriff and Jimmy Smith.

Perhaps the only reason Foreman isn't mentioned in the same breath as the Jimmys, or even a contemporary player like Joey DeFrancesco, is that he hasn't recorded a lot as a leader and hasn't spent a ton of time outside of Chicago.

But on Friday, January 31, the Soul Message Band with Foreman, drummer Greg Rockingham, and guitarist Lee Rothenberg will leave the Windy City for two sets at Blue LLama in Ann Arbor for an evening of greasy, feel-good jazz-blues. The group is performing in support of its recent album, Soulful Days (Delamark), which is filled with gut-bucket swagger and interplay so deep that it might touch the bottom of Lake Michigan.

Since Foreman is legit part of Hammond history, we asked him to name five songs by five fellow B3 players and tell us what he likes about the tunes and the musicians.

"It's difficult to exclude a lot of our organ greats," Foreman said, but there's no denying the five musicians he picked are among the top players of the instrument.

Check out Foreman's selections below, listen to Soulful Days, and see a live video of Soul Message Band before they take the Blue LLama stage.

But first, let's start with his beautiful solo-organ tribute to McGriff at his 2008 memorial service.

Jimmy McGriff, "DB Blues" from A Bag Full of Soul (1966)
"Very soulful. I can hear the Baptist church style. I also love the bluesy lines."

Jimmy Smith, "Walk on the Wild Side" from Bashin': The Unpredictable Jimmy Smith (1962), arrangements by Oliver Nelson
"He’s soulful and a technical wizard. I love his bop lines and the big band."

Richard "Groove" Holmes, "Groove’s Groove" from Soul Message (1965)
"I like his technique and bass lines."

Brother Jack McDuff, "Rock Candy" from Live! (1963)
"It's grooving, with a lot of energy. I like Jack’s technique and bop lines."

Dick Hyman, "In the Heat of the Night" from Dick Hyman and The Group, "Mirrors: Reflections Of Today"
"I like his Bach influence. Also, love his funkiness at times."