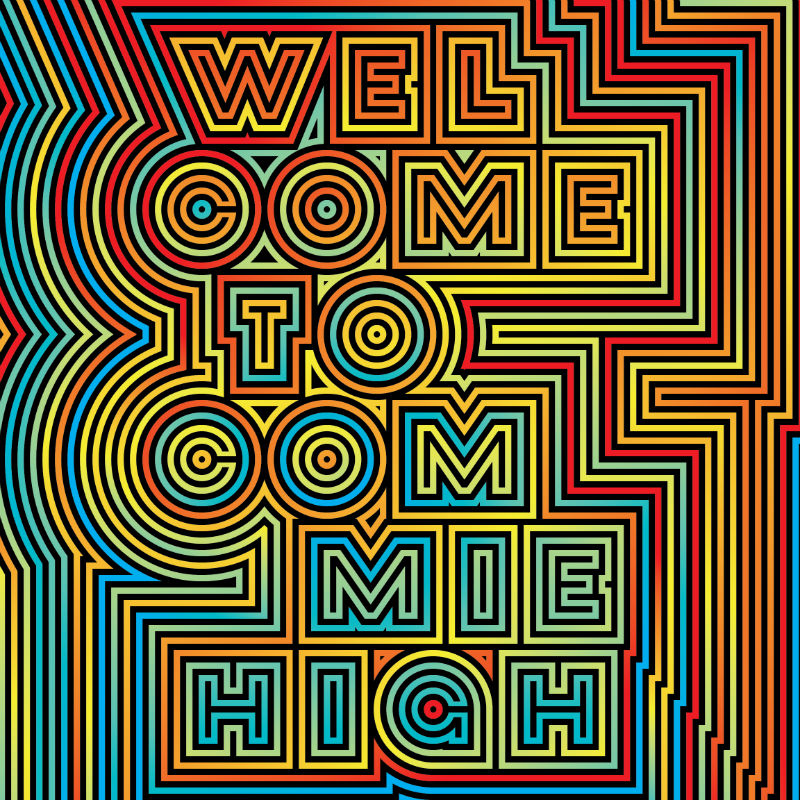 We're rerunning the story to highlight the launch of the "Commie High" archive at aadl.org/commiehigh:

This site serves as a supplement to the independent, feature-length documentary about Community High School in Ann Arbor, MI—produced by 7 Cylinders Studio—providing extensive extra content available for public viewing and research. Additional materials and development are anticipated in future editions.

There are video extras, historical and making-of-the-film photos, a music database documenting the school's numerous bands and musicians, digitized yearbooks, and news articles.

The coronavirus pandemic is forcing teachers and administrators to improvise ways to serve their pupils academically, mostly through virtual learning and online academies. Other imaginative approaches will be introduced as the pandemic drags on, spotlighting the skills of educators and showing how resourceful they can be when not stuck on a treadmill of prepping kids for standardized tests.

But one school in Ann Arbor has been using innovative educational approaches for nearly 50 years.

Ann Arbor's Community High School started in 1972 with a "school without walls" concept. A handful of other schools across the country adopted similar approaches, where structured curricula were abandoned in favor of flexible programs that best fit individual students' needs, with a focus on real-world education.

But the Community model never expanded deeply into the mainstream.

A heavily modified variation of Community's wall-free education approach is being tested during the coronavirus pandemic, and it seems inevitable that some of these outside-the-box ideas will be incorporated into schools once this over and society deals with our new normal.

Welcome to Commie High, a new documentary by Ypsilanti-based filmmaker Donald Harrison, shows the school's unique approach to education, from its hippie-era beginnings to its place in the modern landscape, talking to students and teachers from the past and present about what makes Community special -- and effective.

The movie was to premiere as part of the 58th Ann Arbor Film Festival (AAFF). But with the entire event being moved to a livestream on Vimeo due to the lockdown, Harrison and the AAFF are are offering Welcome to Commie High as fundraising rental. The movie will be available to rent for $9.99 from 10 am, March 30 to 10 am, April 1; each rental will be active for 48 hours. The rental fee will be split two ways: 50 percent of the proceeds will go to the AAFF to help offset costs and the rest will be put toward the distribution of the documentary. Click here to pre-order the rental.

Harrison answered some questions via email about Welcome to Commie High.

Q: Since you didn't go to Community, what inspired you to make a documentary on it?
A: I became intrigued when I met a woman -- Maisie Wilhlem -- who was first in the 1996 line that became an infamous two-week campout for those hoping to gain entry into Community High. I just couldn't wrap my head around camping out for a public school and wanted to understand how and why this craze came about.

Q: How long did it take from conception to now and what were some of the hurdles?
A: It's been four years in the making since we launched a Kickstarter campaign and set this in motion. Making a documentary film is full of hurdles! Perhaps the biggest was distilling 45 years of CHS history into some cohesive stories and characters that people could care about. We aimed to get at the essence of the philosophy of their humanistic model and not just focus on one era. Fortunately, we're building an online archive with tons of extras in partnership with AADL, which will give access to a treasure trove of additional content we created and uncovered.

Q: Did you have an idea of some of the teachers and/or students you'd be following before you started filming? Or did they emerge as you began filming?
A: We knew that the lines/campouts/lotteries of the 1990s were going to be a pivotal piece of our film. The origins of Community High were also important and we also filmed throughout the 2016/2017 school year. The teachers and students for each of these continued to emerge as we filmed (more than 120 recordings over two and a half years!).

Q: You've said a driving question of our film is asking why, despite the large demand, the Community model hasn't been replicated here in Ann Arbor. Any answers? Did AAPS comment?
A: I would expand this to say that we were interested in why this "Commie High" model hasn't been replicated more widely in school systems everywhere. It's clearly created a lot of success and demand. There are considerations of costs, there's political will, philosophy of what education is supposed to look like, status quo inertia and more. The current leadership of AAPS is effusive of Community High, as part of the ecosystem of Ann Arbor's public schools. Beyond that, there's no simple answer. We hope as the conversations about the future of public schools continue across America, the CHS model is brought to life and factored into those discussions.

Q: What are some of the archival materials that AADL will get from your time making the film?
A: We're going to share short films (some already are completed here) and extended interviews available from the 100+ hours we recorded, as well as some of the VHS materials we licensed from the 80s. There's also a music database we built (led by Ingrid Racine), which will provide access to explore bands and musicians that came out of Community High -- a pretty cool cross-section of Ann Arbor's music scene since the 1970s!

Q: The film's logo is great, especially the square version. What did you and designer Ryan Molloy discuss in terms of what to put into the logo, inspirations, etc.
A: Thanks. We think it's fantastic and are fans of Ryan's design work. There's definitely an ode to the non-conforming, rainbow-patterned zebra CHS mascot, but we didn't want anything too specific that would be tied closely with any one era of the school. The idea of "Commie High" is one of the underlying themes of this film -- a school based on humanism and supporting individualism is ironically seen as a threat to the status quo system of American education. So we wanted the text to take the lead in our design and create something that's visually engaging.

Q: A lot of Community's learning is based on doing -- which is a core tenant of the PLTW project-based learning that's incorporated throughout AAPS now. How much of the adoption of PBL by AAPS is due to Community's example versus the wider pedagogy research showing that, yes, project-based learning gets better results?
A: Community's clearly had an influence on the surrounding schools and well beyond (one of our film's interviewees -- Shael Polakow Suranky -- cites his experiences at Community as a major influence on how he led a major reshaping effort within the New York public schools). Beyond this, I cannot speak for AAPS as to why they've shifted their approach.

"Welcome to Commie High" will be available to rent for $9.99 from 10 am, March 30 to 10 am, April 1; each rental will be active for 48 hours. The rental fee will be split two ways: 50 percent of the proceeds will go to the AAFF to help offset costs and the rest will be put toward the distribution of the documentary. Click here to pre-order the rental.