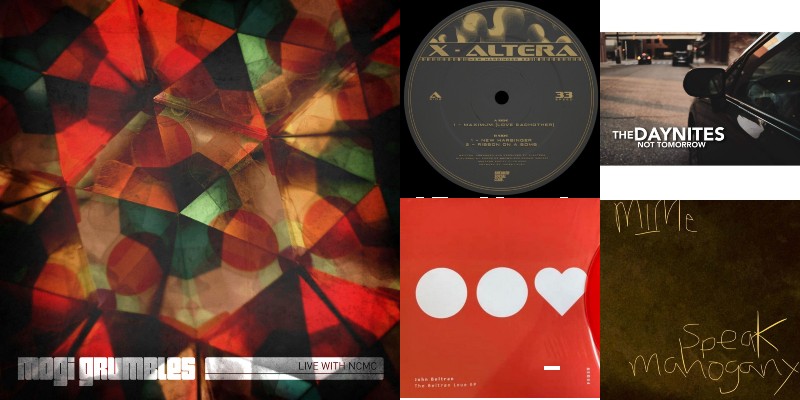 Speak Mahogany, Mime
The debut album by Ann Arbor-Ypsi hip-hop collective Speak Mahogany's is terrific. Reminiscent of The Roots, Digable Planets, and Q-Tip's Kamaal the Abstract album, the group's blend of jazz-influenced music played live by musicians and backpack rap's clever wordplay is a refreshing change from all the trap-influenced, machine-bound hip-hop that dominates radio waves and playlists. Play this album now.

The DayNites, "Not Tomorrow"
Ypsilanti's The DayNites almost feel like a sibling band to Speak Mahogany, playing neo-soul with a live band as singer Kristianna Bell belts R&B-steeped hooks. This is the group's latest single; "Cherry Blossom" came out in March.

Mogi Grumbles, Live With the NCMC
After releasing the studio EP Emulator (composed on the same-named synth), which sounded like a lost soundtrack to an '80s detective movies, Ann Arbor's Alex Taam (Mogi Grumbles) is back with an improvised set of music recorded on September 19 as part of a North Coast Modular Collective livestream. Though made on a modular synth, this is not just ambient squiggle music; Taam injects beats and melodies into a hook-filled performance.

X-Altera, "New Harbinger"
Ann Arbor's Tadd Mullinex is back with his drum 'n' bass X-Altera persona. "New Harbinger" is the title track from Mullinex's forthcoming EP on Sneaker Social Club. He also has an X-Altera remix of SK-1's "Shockout Fass" as the opening cut of the same label's new compilation, Evident Ware.

John Beltran, The Beltran Love EP
On the heels of his The Season Series album and 2020 EP, Ann Arbor trance-techno producer John Beltran spreads more love on this new EP.