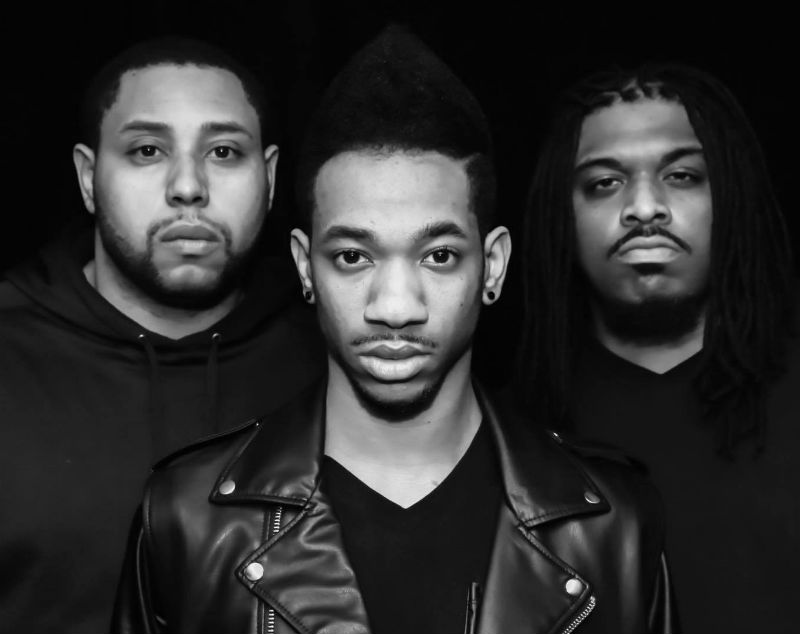 Telephon9 is from the birthplace of techno, which the Detroit trio blends with pop/EDM and house to create upbeat music that's full of pulsating energy.

Telephon9 will perform at AADL's downtown branch on Friday, February 8 at 7 pm in concert as a part of the library’s Black History Month programming. We spoke with the group about their journey from acting to music, the Ann Arbor music scene, their upcoming studio release, and more.

Q: What’s the inspiration behind your band name and how did the group start?
Chris Call: After several years of producing hip-hop beats, through my brother’s wishes, I decided to give electronic music a try. I was attending grad school at Wayne State University; the apartment number I was living in at the time was 9. My last name is Call, so we put those two together to get Telephon9 (Telephone-Nine).

Q: Two of you were heavily involved in acting previously; what made you decide to switch to pursuing music?
Jair Alexander: We all have been involved with music from early ages. I was involved in a myriad of plays, musicals, and choral groups from high school to post-college. After pursuing acting for so long, Chris challenged me to write and sing a bit more. I loved it and wanted to strengthen this craft more. When recording, we still rely on our acting training to get the right takes to fit into our records.

Q: How would you describe your sound?
A: We take influences from deep house to funk, all the way to the most obscure experimental genres. It just depends on the vibe and how we feel at the moment. If it moves us then we use it. We really want to connect and make tracks that people can feel. We try not to be trapped by one style or another.

Q: What are your thoughts on the Ann Arbor music scene?
A: We love the city of Ann Arbor and we have performed at a few venues like Club Above. However, we haven't been as fortunate to play as much as we'd like in the city. Great venues like The Blind Pig (rock/punk/hip hop) and The Ark (acoustic/bluegrass) don't cater to our styles of music. Moreover, Detroit's dance venues focus mainly on techno and not much else. Overall, the music scene in Michigan needs to grow. There are a lot of great artists that don't fit the mold but not enough outlets for them.

Q: How would you describe your journey as a group when coming to this current time?
A: Like most artists, we've had challenging moments. I remember when we drove to Boston to perform at Harvard University's Relay for Life. We drove 14 hours in a freakishly large snowstorm and when we got there, all the students had left for the evening. We've also had great moments! We had an amazing time performing at Dalley in the Alley 2018. There was a sea of over 5,000 people and by the end of the night, they were chanting “encore.” We are currently signed to a music production company called Alcon Sleeping Giant. Some of their projects include [soundtrack releases for] The Blindside, Book of Eli, and Blade Runner 2049. We also are signed to the Detroit-based publishing house Assemble Sound.  In the past four years, we've watched our music evolve and we've achieved success in ways we never thought possible.

Q: Are there any current full-length albums in the works?
A: Yes, we are releasing an EP later this year. We're finalizing the tracklist and feel we have a project we're proud of.

Q: If you all weren’t musicians, what would you be doing?
Chris Call: I would be working for an outreach organization for at-risk teens.
Adari Perkins: Working at a factory.
Jair Alexander: I would still be involved in the arts. Whether it be performing, visual or behind the scenes, I cannot see myself pursuing anything else.

Q: Where do you see yourself in five years?
A: We hope to keep pushing the boundaries of creative expression and to expand our music to a global audience.

Q: What can people expect at your show at AADL?
A: Expect a performance that is high energy and full of surprises.