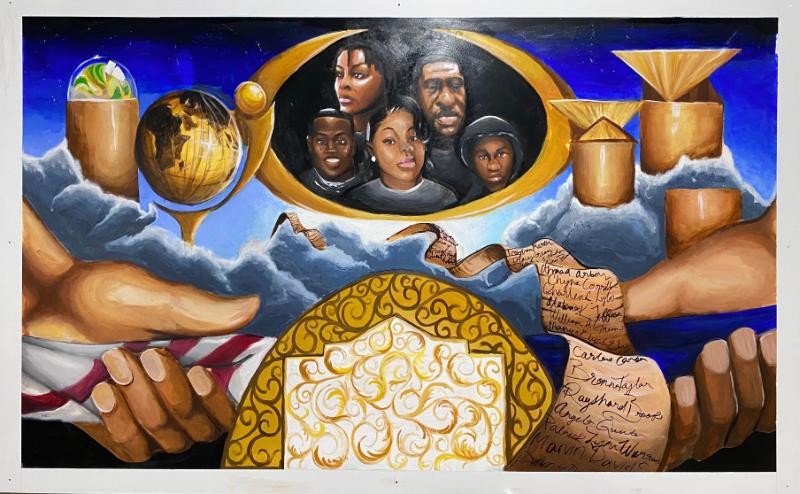 Below is our interview with muralist Quadre Curry. 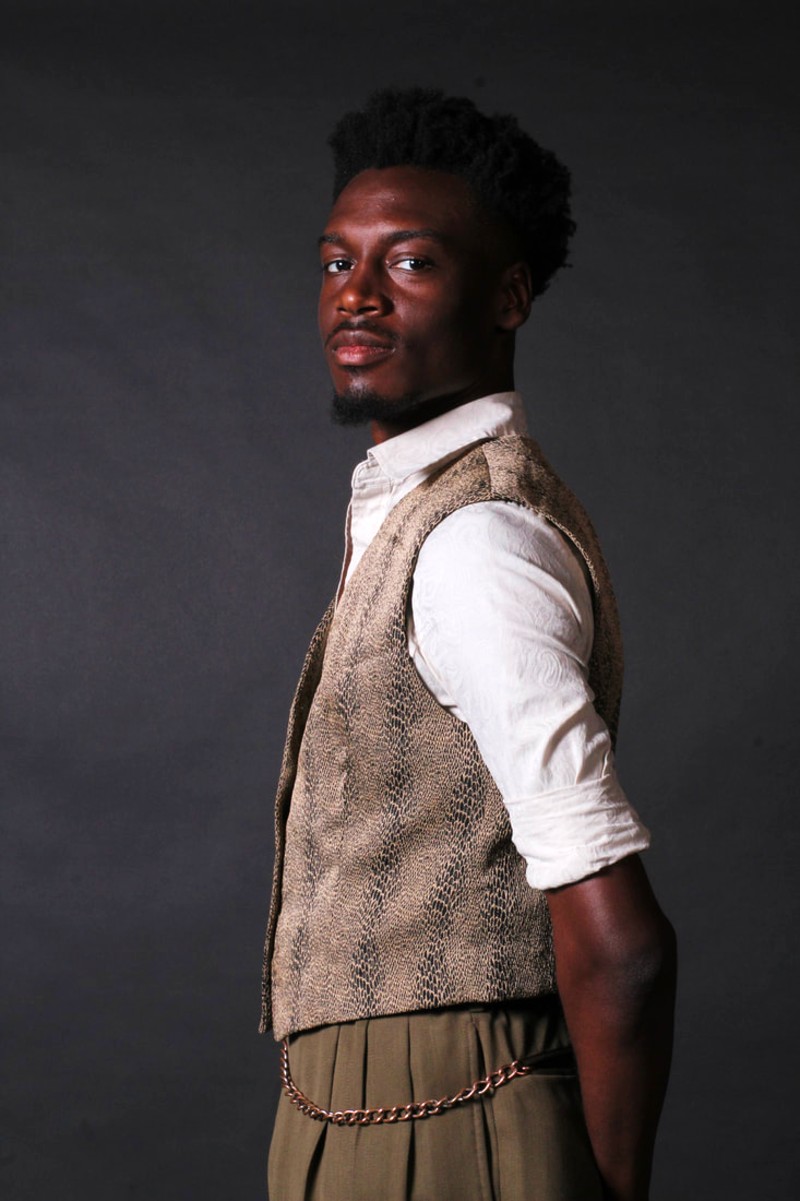 Q: Tell us about yourself.
A: I was born in Detroit and did most of my schooling in the metro Atlanta area. After graduating college I moved back to Detroit to be closer to family during quarantine and further pursue my creative career. I received my Bachelors of Visual and Performing Arts from Albany State University in south Georgia. I also had the pleasure of serving as the Student Government Association president my senior year. Currently, I'm interning with Generate Comics and doing freelance graphic design work as well as painting projects like this one.

Q: What's your earliest memory of making art and your earliest memory of being affected by art?
A: I grew up in my mother's hair salon. I spent my days sitting in the waiting area observing the women who came in and left and reading magazines to occupy myself. Magazine covers are their own genre of portraiture in the modern era. This inspired me to draw people and I started bringing sheets of paper with me to practice drawing the celebrities that graced these covers. Magazines like Jet, Essence, and Hype Hair showcased beautiful black women and soon became a focal point and a muse for much of the work in the following years. Fast forward to my sophomore year in high school. We visited the High Museum in Atlanta while the Girl With a Pearl Earring was showing there and that was the first time I had seen such an iconic piece in real life. I was surprised by how small it was. I didn't realize one painting that small made so long ago could still have such a profound effect on me yet I was experiencing it anyway. The only thing missing—and this was always missing in my art education—was the ability to see myself and the women I looked up to in these kinds of works. Thus the purpose was created in me to make paintings like Girl With a Pearl Earring that reflected the women and men in my life who I felt deserved the same recognition. Work that will one day tour the world and reflect the beauty I see with my eyes.

Q: Tell us about your mural and your art.
A: Three artists I would like to bring attention to and who have been recently inspiring my work are Kara Walker, Kehinde Wiley, and Titus Kaphar. All of these artists in one way or another use their skills in various styles/mediums to reconstruct the conversation we are having about race in this country. From Walker, I pulled a sense of urgency and boldness and tried to include it in the design of my painting. I used overt yet familiar symbols to make it clear to my viewer my piece was adding to the ongoing conversation of race in America. From Wiley and Kaphar, I have learned how to use the literal design of my work as a reconstruction. Both of their painting styles are realism but still differ in many ways. What truly makes them similar is their ability to create such juxtaposition with the traditional and the progressive. They create huge waves of impact by connecting new and old structures of power and visual perceptions. For a person of color, works like this are extremely cathartic. For once, the conversation can begin from a place of reckoning and understanding. Usually, all of our energy would be spent just trying to get there. I hope this mural accomplished the same thing.

Here are what the symbols in my piece mean. Everything in the composition is meant to further narrow/focus my message to the viewer: