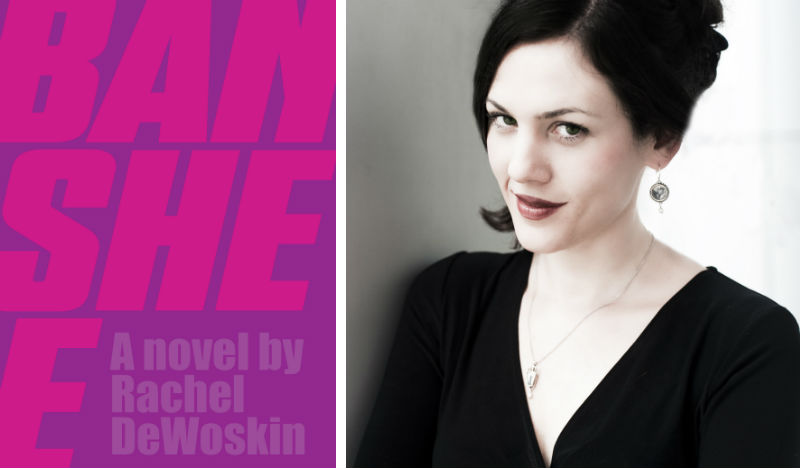 Rachel DeWoskin's Banshee is a novel about Samantha Baxter, a woman who faces a serious medical diagnosis and casts about for meaning while acting out in ways inconsistent with the life she has lived so far. She crosses lines in her job as a professor and her roles as wife and mother. Through it all, she recognizes the incongruencies of her actions, but she does not just plow ahead disrupting her middle-aged life; instead, she both makes her choices and contemplates how they unfold.

While her actions appear extreme, ranging from sleeping with a student to alienating her husband, Samantha does not leave her life and home. Her defiance centers on how she acts within her existing family and professional relationships. Samantha says what she wants to, unapologetically follows her impulses, and lets the consequences unfold. Accordingly, the prose consists of her first-person narration of her experiences and perspective as she transforms and reacts to her major health problem and to how she feels in new situations. The plot becomes about what she does or doesn’t do, what she says or doesn’t say, and what she thinks and feels about all of it.

Writer, poet, and Ann Arbor native DeWoskin previously acted in a Chinese soap opera and now teaches at the University of Chicago. She will speak about and sign Banshee at Literati Bookstore on Monday, September 9, at 7 pm. Beforehand, I interviewed her about her writing and new novel. 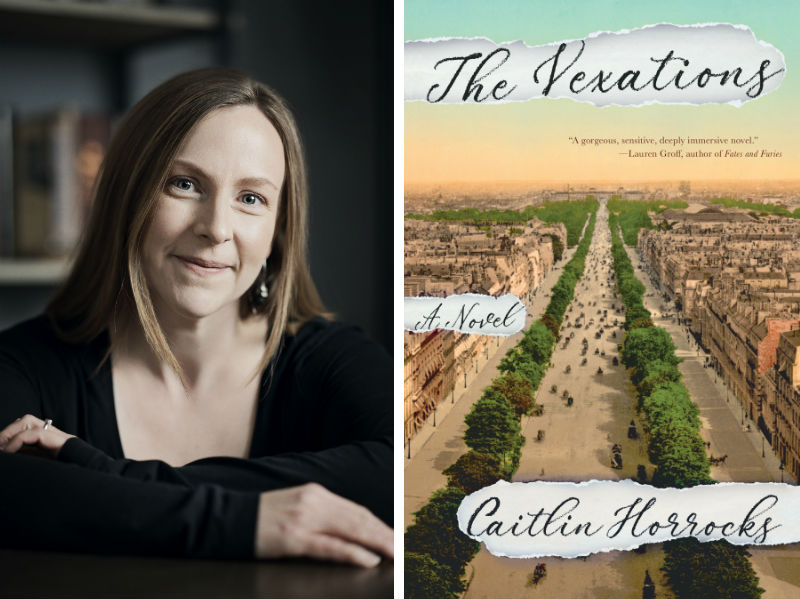 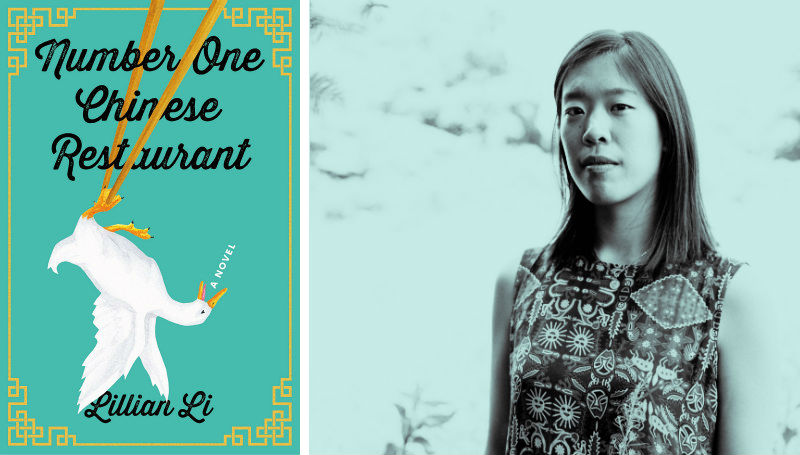 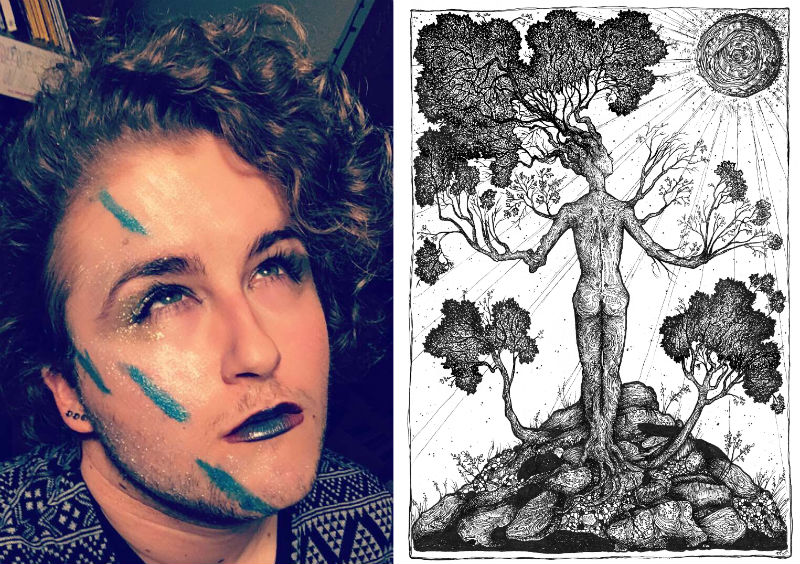 Trees, folklore, Michigan places, Greek mythology, and the trans experience infuse the new opera Michigan Trees: A Guide to the Trees of Michigan and the Great Lakes Region, which is also the name of a guidebook that inspired it. This opera, written, composed, and produced by Grey Grant, depicts the journey of a trans-woman named Orna as she comes to terms with her identity.

Fifth Wall Performing Arts will present the opera as its establishing project, which premieres Wednesday, August 28, and Thursday, August 29, both at 8:30 pm at the Ypsilanti Freighthouse.

A preview of the opera, also paired with other operas and folk songs, will take place at Literati Bookstore on Friday, August 2, at 7 pm.

In the 11-part libretto, Orna travels north to Chapel Rock on Lake Superior, where she becomes a white pine and connects with her womanhood. She also encounters the mystic character of Mother of Trees, which represents and protects the spirit of trees and encourages Orna’s transformation. During her journey and transformation, though, Orna separates into two parts -- Orna, As She Feels She Is Seen and Orna, As She Sees Herself -- which embody the internal disconnect and conflict that transgender people feel, Grant told Pulp in an interview. Then Orna, As She Feels She Is Seen leaves the other half of herself to trek back south, passing Gaylord, Flint, and other cities to reach Ypsilanti, only to realize that she has left her true self wilting on the shore. Again, Orna goes north and becomes one with herself.

During these journeys, Orna communicates her desires, singing:

What's Really Going On: Brooke Annibale brings her questioning progressive-pop to Ann Arbor for a free show at The Ark 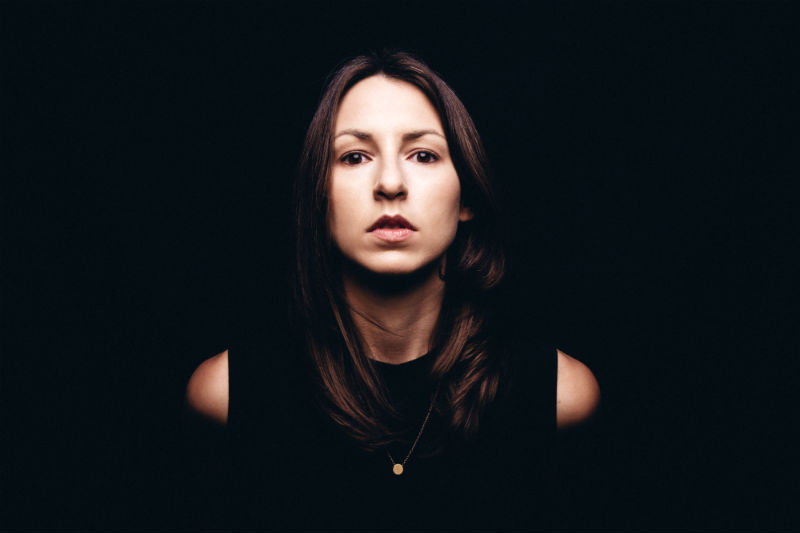 Songs on Brooke Annibale’s new album, Hold to the Light, express desire for something that may or may not be there and then both yearn and hesitate to reveal those feelings. Throughout, lyrics question what is really going on and wrestle with admitting reality, voicing thoughts, and letting it all be. With synth, electronics, and both acoustic and electric guitars, Hold to the Light wonders about and wanders among the complexities and feelings between two people.

Annibale is a singer-songwriter and guitarist originally from Pittsburgh, Pennsylvania. Following her indie-acoustic focus, Annibale is evolving to write and play pop-progressive music.

The Ark will host Annibale for a third time in a free show Tuesday, July 23, at 8 p.m. with donations of nonperishables accepted for Food Gatherers. Pulp interviewed Annibale for her appearance in town. 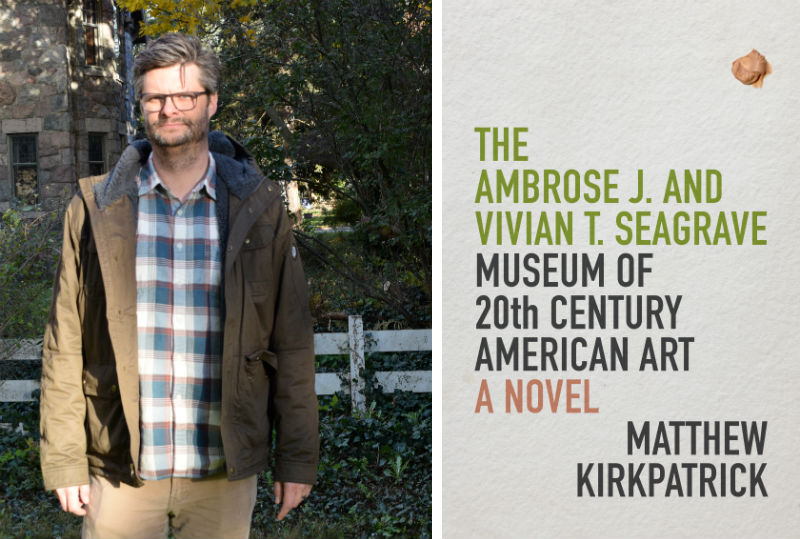 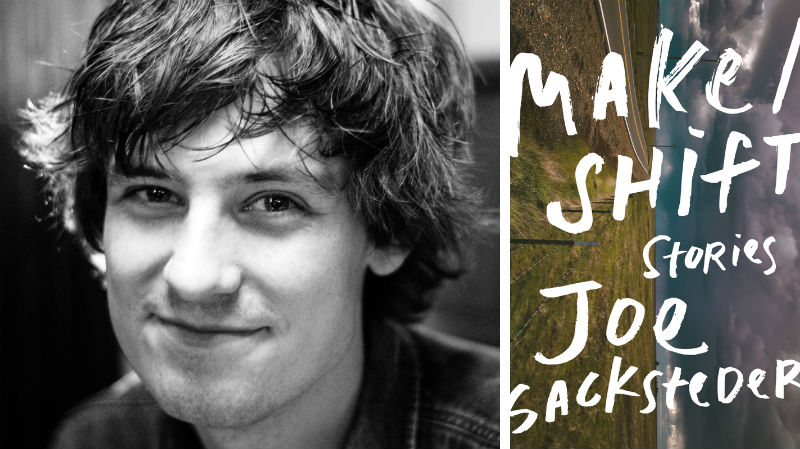 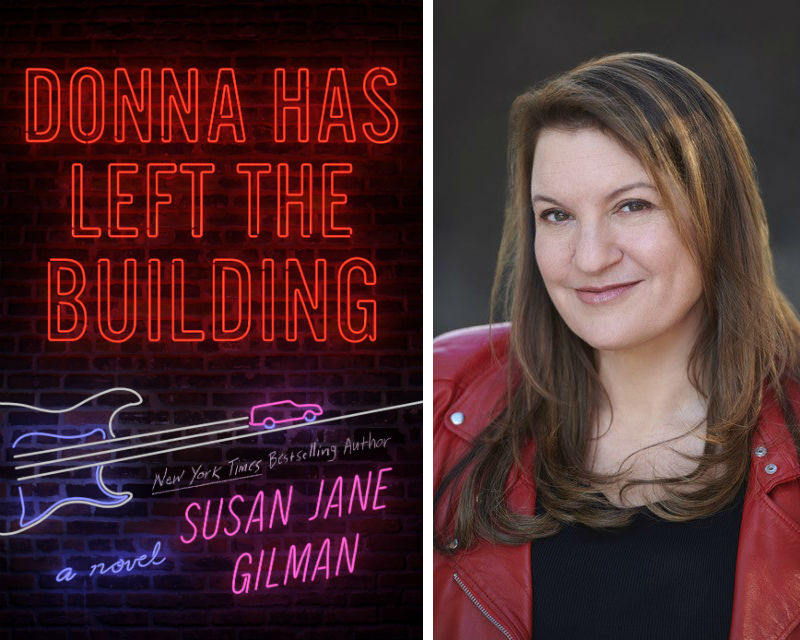 These are all things that author Susan Jane Gilman had to have known or learned about to include in her new novel, Donna Has Left the Building, said fellow author Polly Rosenwaike in conversation with her at Literati Bookstore on Thursday, June 6. There, Gilman shared stories from her life and research that led to writing about these situations in her book. Within these experiences, Gilman’s characters may be flawed and behave badly, but they also display tenderness and sympathy, added Rosenwaike.

As a writer, “You want to have empathy for all characters,” Gilman said. “I’m all of them.”

This novel has strong ties to Michigan. Gilman wrote Donna Has Left the Building “as a valentine to being here” in southeastern Michigan at the University of Michigan for her MFA and then teaching at U-M and Eastern Michigan University. Gilman, who grew up in the Upper West Side of Manhattan, found the Midwest to be a big contrast to the way she observed that people seemed to be constantly performing in New York.

From "East" to Best: Ypsi singer-songwriter Rin Tarsy makes her debut at The Ark with a new batch of tunes 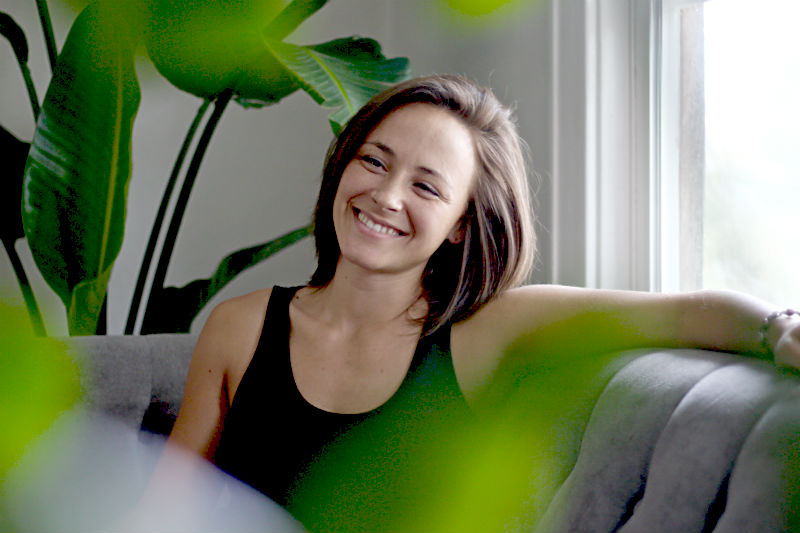 Photo by Ryan and Liv Monte.

Rin Tarsy is drawn to creating albums with “[l]yrics that inspire, vulnerable songs that create connection and tap into feeling, organic and raw instrumentation, and energy in the music that is just plain fun to groove to!”

The Ark describes her music as “Midwestern soul-tinged Americana with an arresting, bone-shaking voice.” Currently, she is going in a new direction, the singer-songwriter genre, which is a departure from her 2018 spiritual-folk album, East. She’s in the process of recording new songs. She’s also relatively new to the area after moving to Ypsilanti from Grand Rapids for a job two years ago.

Rin Tarsy will perform new music at The Ark on Tuesday, June 25, at 8 pm with free admission and nonperishables accepted for Food Gatherers. She shared about her creative process, sources of inspiration, and love for music with Pulp.

Catherine Chung's "The Tenth Muse" follows a prodigy's discoveries in mathematics, love, and her identity 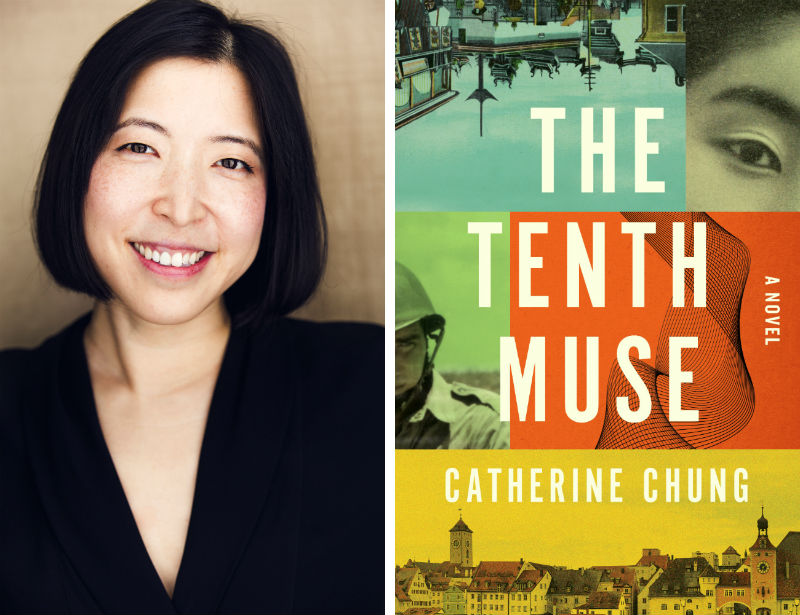 The Tenth Muse tells the story of Katherine, a mathematics scholar with a largely unknown personal history, through her voice. Her relationships, family, choices, and studies begin to interconnect as she advances in mathematics and simultaneously uncovers her past. As Katherine narrates her experiences spanning her childhood in the 1950s, fellowship in Europe, and family’s past in World War II, she points out pivotal moments in her life and what they mean to her. Both success and pain mark her journey of learning about herself and gaining prestige in mathematics.

Author Catherine Chung grew up in Michigan, where her second novel, The Tenth Muse, begins. She has a background in mathematics herself and went on to earn her MFA at Cornell University. She lives in New York City and is a fiction editor at Guernica.

Chung reads at Literati Bookstore on Tuesday, June 25, at 7 pm, and prior to her visit to Ann Arbor, she answered some questions from Pulp.